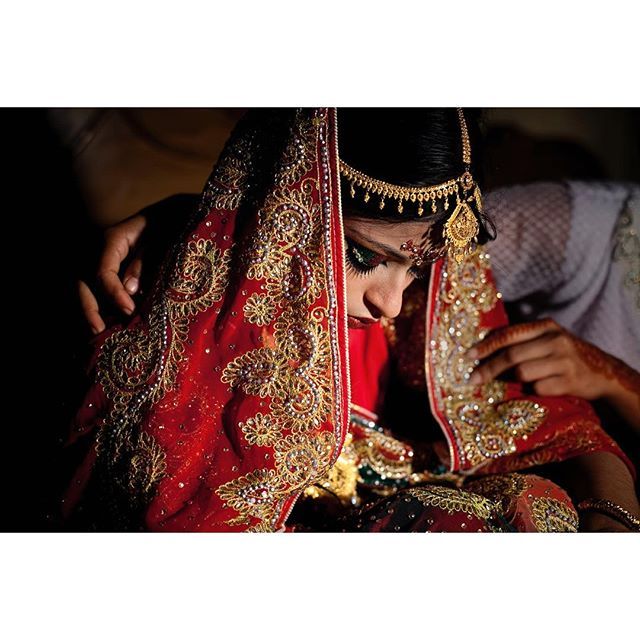 refinery29 “In a lot of ways, it felt familiar, like the weddings I attended in the U.S.: Guests were dressed to the nines; happy couples mingled around; children were dancing in the streets to pop music. Everyone was celebrating this forced marriage of a 15-year-old girl to a 32-year-old man. To most of them, the sight wasn’t an unusual one. Most of the women in these communities are also married around the same age or younger.” — allisonsarahjoyce Although child marriage was officially outlawed in Bangladesh in 1929, it continues to have one of the highest rates in the world. Click the link in bio for more of Joyce’s powerful photographs from Nasoin Akhter’s wedding day, which Joyce hopes helps to raise awareness and push for change. Photographed by Allison Joyce/Getty Images #R29Reads 2016/04/28 08:25:00